BUY YOUR TICKETS NOW for our Urbana, IL benefit on December 22nd from 4-6pm at Analog Wine Library at 129 N Race St, Urbana, to help fund post-production costs (editing, sound, picture, animation, titles, distribution) for this film, estimated at $45,000. Together with benefits in Chicago, San Francisco, Los Angeles and New York City, we hope to raise this full amount to finish the film and submit to Sundance in 2020. Producer/Director Peter McDowell was born and raised in Urbana-Champaign and graduated from Uni High in 1984 and University of Illinois in 1989.

Tickets are available now, and are in tiers: $30 (general admission – one drink ticket included) and $50 (benefactors – two drink tickets and reserved seating included); with a $15 limited income ticket option as well. Buy your tickets now, before they sell out!

If you are unable to attend, we welcome any donations (tax-deductible) through our Film Independent fundraising page.

Filming and editing are still underway, and your kind donations aid in the completion of the film. 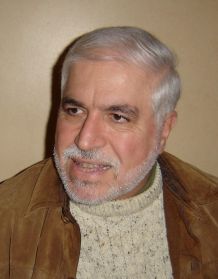 John Lansingh Bennett spent the bulk of his career teaching humanities to undergraduates at such institutions as the University of Scranton and Lake Land College and editing Highlights for Children and publications for the National Council of Teachers of English. Semiretired, he operates Coffee Break Studio, where the New York Guitar Festival is a current client, and teaches humanities courses at the Osher Lifelong Learning Institute at the University of Illinois.
Bennett chaired the Faculty Advisory Council to the Illinois Board of Higher Education, served on the Panel of Critical Readers for Garner’s Modern American Usage (Oxford Univ. Press), was founding Grand Sheik of the Two Chumps from Oxford Tent, Sons of the Desert (the International Laurel & Hardy Society), and is a Life Fellow in the Academy of Malt Scotch Whisky. He was also the model for Raskar the Space Pirate in the Star Wars comic strip syndicated by the Los Angeles Times.
Having ushered in a movie theater as a teenager, Bennett went on to teach courses on film appreciation and has attended Roger Ebert’s Film Festival for over two decades.

Thanks to our host committee for their generous participation in this event: